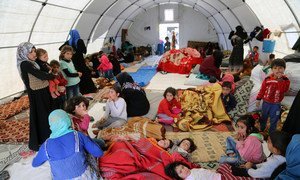 The UN’s Political and Humanitarian Affairs chiefs on Friday called on the Security Council to unite in support of an immediate de-escalation of fighting around Syria’s Idlib province, and work towards an enduring political solution on behalf of the Syrian people.

The UN’s head of Political and Peacebuilding Affairs, Rosemary DiCarlo told members that “we have been here before: in Aleppo, Eastern Ghouta and Raqqa” where civilian casualties mounted along with an all-out offensive by the Syrian Government and its allies.

“If the escalation continues, and the offensive pushes forward, we risk catastrophic humanitarian fallout and threats to international peace and security”, she said, giving a cautious welcome to the announcement on Wednesday of a new Turkish-Russian working group, convened to try and salvage the military buffer-zone deal reached between the two nations last September over Idlib. Read our full coverage here. 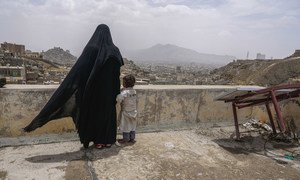 Airstrikes that hit the Yemeni capital of Sana’a on Thursday drew strong condemnation from United Nations agencies, warning of the “brutal toll” that more than four years of conflict has taken on civilians.

Amidst scant details of the attacks, the Office for the Coordination of Humanitarian Affairs (OCHA) said that several people were killed, and dozens of others injured.

“Preliminary reports we have last night indicate that five children had died and 16 more were wounded, including healthworkers”, OCHA spokesperson Jens Laerke told journalists in Geneva.  Click here for more on the story. 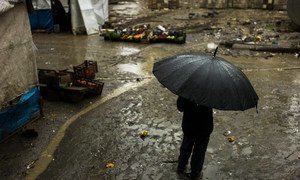 The UN Committee Against Torture has expressed concern over the United Kingdom’s policy of forcibly returning asylum-seekers to places where they face a risk of abuse – highlighting 43 enforced returns to Sri Lanka last year, and 50 more to Afghanistan.

While noting that “a large proportion” of denied asylum claims were ultimately overturned on appeal, the Committee called for more training for caseworkers so that they could identify the risks the claimants faced.

In meetings with the UN panel, the UK delegation earlier said that the country did not seek to return anyone who demanded protection, if there was a risk of torture or persecution. 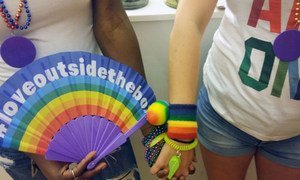 Everyone has a right to fair treatment and protection from abuse, regardless of who they are and who they love, is the message of this year’s International Day Against Homophobia, Transphobia and Biphobia.

On the day that Taiwan became the first Asian nation to legalized same-sex marriage, reports circulated that thousands of demonstrators welcomed the move outside parliament by waving rainbow flags.

According to the UN Free & Equal campaign, more than one-third of the world’s countries criminalize same-sex relationships, reinforcing prejudice and putting millions of people at risk of blackmail, arrest and imprisonment.

Moreover, it warns that homosexuality is still a crime in 70 countries and punishable by death in seven of them.

For its part, UN Women issued a statement of solidarity saying: “Human rights are universal and apply to everyone. No cultural, moral or religious belief justifies violation of anyone’s human rights”. 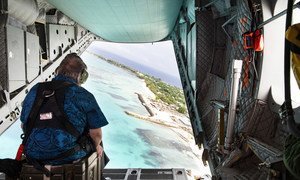 Winding down his trip to the South Pacific, Secretary-General António Guterres told journalists in Tuvalu that the small island State was “on the frontline of the war on climate change” because it is “striking Tuvalu in a more dramatic way than anywhere else in the world”.

He professed his “enormous admiration” that the nation has “decided to resist” and is implementing “a programme of adaptation and resilience that is something that the whole world should admire and support”. 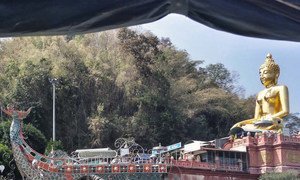 A sacred occasion to millions, Friday marked the Day of Vesak, when Buddhists the world over commemorate the birth, enlightenment and passing of the Buddha – and everyone globally can reflect on his life and “draw inspiration from his teachings”, according to the United Nations chief.

In his message for the day, Secretary-General António Guterres extended his “best wishes to all celebrating Vesak”.

“In a time of growing intolerance and inequality, the Buddha’s message of non-violence and service to others is more relevant than ever”, stressed Mr. Guterres.

“On the Day of Vesak, let us renew our commitment to building a world of peace and dignity for all”, he added.

The General Assembly recognized internationally the Day in 1999 to acknowledge the contribution that Buddhism, one of the oldest religions in the world, has made for over two and a half millennia and continues to make to the spirituality of humanity.