FROM THE FIELD: Liberia boosts efforts to guard against rising seas


FROM THE FIELD: Liberia boosts efforts to guard against rising seas

With rising sea levels due to climate change already affecting coastal communities in Liberia, there are fears that densely populated parts of the capital Monrovia could be submerged, unless action is taken. 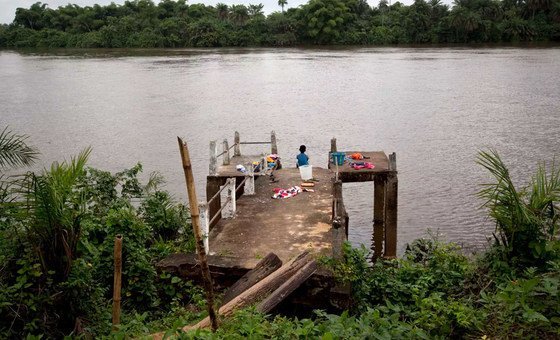 It’s projected that a one-metre sea level rise could permanently inundate 95 square kilometres of land in Liberia’s coastal zone, which is already under threat of heavy seasonal rains and continuing erosion.

What’s more, eroding infrastructure is causing massive repercussions for housing, education and livelihoods, with fishing chief among them.

But the UN Development Programme (UNDP) has taken “28,000 steps in the right direction” during the second phase of its Coastal Defense Project to reduce vulnerabilities and build resilience. Here’s the full story.