FROM THE FIELD: One boy’s journey from refugee camp to US school principal


FROM THE FIELD: One boy’s journey from refugee camp to US school principal

After escaping from two years of captivity at the hands of Mai Mai rebels in eastern Democratic Republic of the Congo (DRC), Bertine Bahige was relieved to end up in a UN refugee agency (UNHCR) camp, in faraway Mozambique. 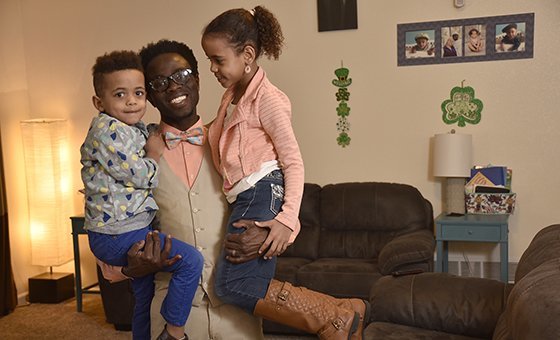 He’d been forcibly taken from his family at 13, and thrown into the horrifying world of being a child soldier, before escaping his captors.

In 2004, he was one of the lucky ones to be resettled in Maryland, United States, where he landed a job taking out the trash at a fast-food restaurant. Eventually, his hard work, intelligence and enduring optimism landed him a university scholarship – way out in the Rocky Mountains.

Speaking at the UN last year in support of the Global Compact on Refugees, Mr. Bahige shared the fascinating story of how he went from a child aspiring to become a doctor in the DRC, to an elementary school principal in Wyoming with a wife and two children of his own.

“All refugees are asking for is an opportunity,” he said. Read the story here.