Termed the UN Global Counter-Terrorism Coordination Compact, the framework is an agreement between the UN chief, 36 Organizational entities, the International Criminal Police Organization (INTERPOL) and the World Customs Organization, to better serve the needs of Member States when it comes to tackling the scourge of international terrorism.

Speaking at the first meeting of the Compact’s Coordination Committee, at the UN Headquarters, in New York, Mr. Guterres highlighted the need to ensure full respect for international human rights standards and rule of law in countering terrorism.

“Policies that limit human rights only end up alienating the very communities they aim to protect and which normally have every interest in fighting extremism,” he said, adding that as a result “such policies can effectively drive people into the hands of terrorists and undermine our efforts on prevention.”

He also urged greater vigilance against the misuse of emerging technologies such as artificial intelligence, drones and 3D (three-dimensional) printing, as well as against the use of hate-speech and distortion of religious beliefs by extremist and terrorist groups. 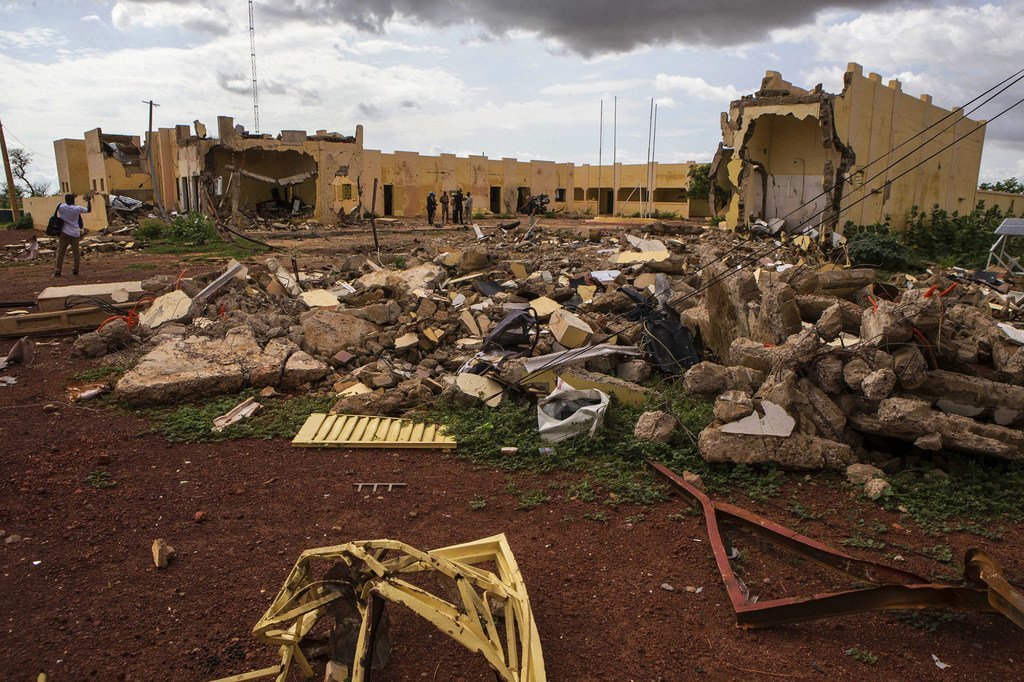 MINUSMA/Harandane Dicko
The aftermath of a terrorist attack against the G5 Sahel Joint Force headquarters in Mopti, Mali. Terrorist attacks not only claim many lives but also aggravate already fragile humanitarian situations.

According to the UN Office of Counter-Terrorism, the Coordination Committee will oversee the implementation of the Compact and monitor its implementation. It is chaired by UN Under-Secretary-General for counter-terrorism, Vladimir Voronkov.

At its meeting, the Coordination Committee also discussed strategic priorities for the next two years, based on the sixth review of the Global Counter-Terrorism Strategy, relevant Security Council resolutions and UN Counter-Terrorism Executive Directorate (CTED) assessments as well as Member States requests for technical help.

It also looked into the organization of work and ways to improve the delivery of an “All-of-UN” capacity-building support to Member States.